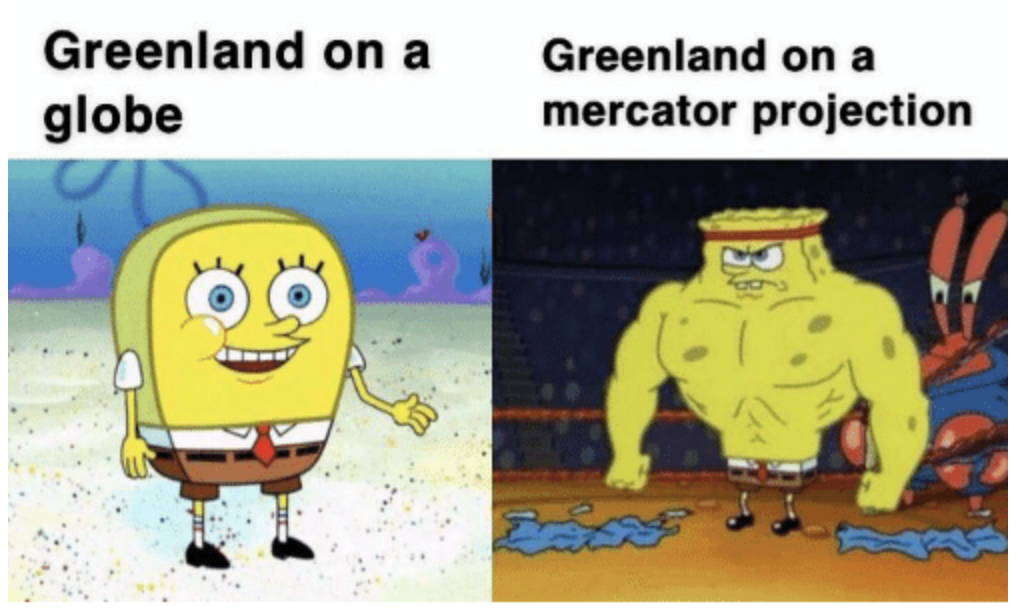 Umm… huh? Yeah. If you’re utterly confused by this meme then don’t worry, read on and we’ll explain everything!

In this blog post you’ll find answers to these questions:

1. Why is the world map we all know "incorrect"?

2. What are the real sizes of countries?

3. Are there any world maps where you can see the true sizes of countries?

Let’s get it started with this!

If we ask you to think about a world map then the first picture that comes to your mind is probably the map you see below: 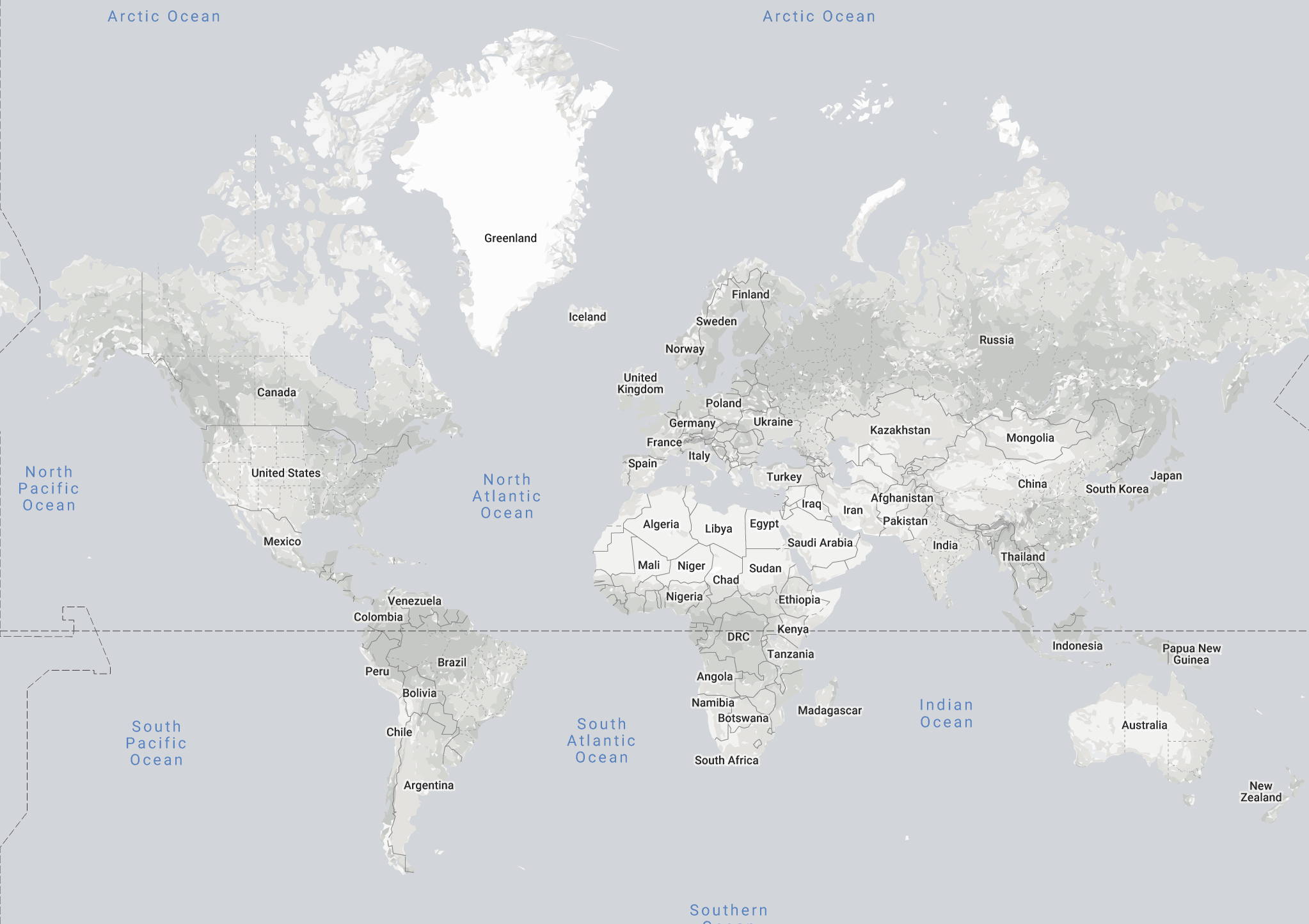 1. So why is the world map we all know "incorrect"?

Gerardus Mercator first introduced it to us in 1569 and since then it has become the most popular type of map projection. But it has lead to some serious misconceptions, because the Mercator projection distorts the size of countries as the latitude increases from the Equator to the poles. Making landmasses near the North and South Pole such as Greenland and Antarctica appear much larger than they actually are, relative to landmasses near the equator such as Central Africa.

Now, don’t be mad at Mercator. It’s not entirely his fault that you’ve spent all these years thinking that Greenland is bigger than the United States or Russia is bigger than the whole continent of Africa. His projection was originally designed for European sailors, so that they could use it to navigate and get safely across oceans while following the straight lines his projection created. The guy honestly didn’t know his map projection was gonna be that popular among other people too…

2. Tell me, what are the real sizes of countries?

Now that you know the theory, it’s time to move on to examples. We have to warn you that you might be r-e-a-l-l-y surprised...

So, you totally thought that Norway is as big as Chile, right? Well, sorry to disappoint you but you have been wrong all along. Chile is twice as large as Norway. Who would’ve known that… 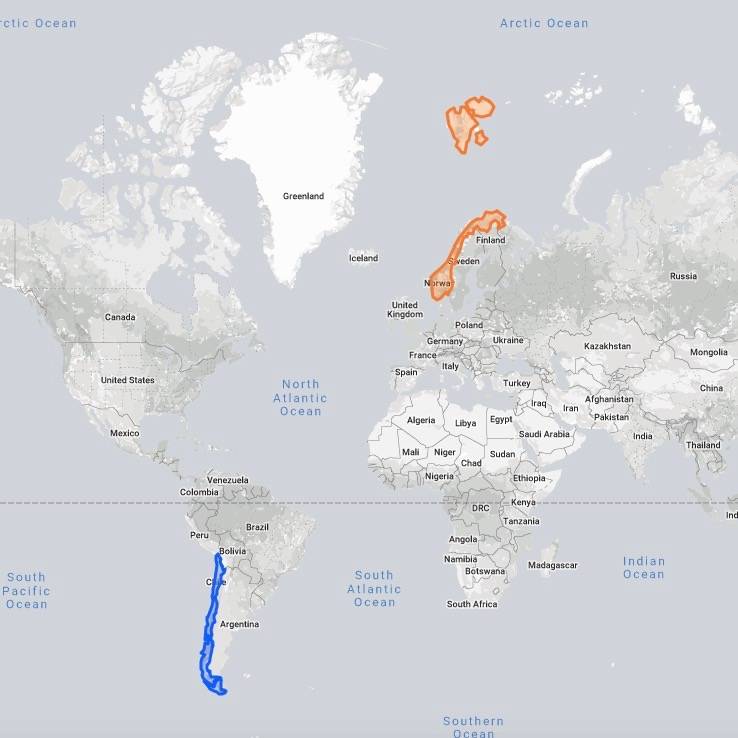 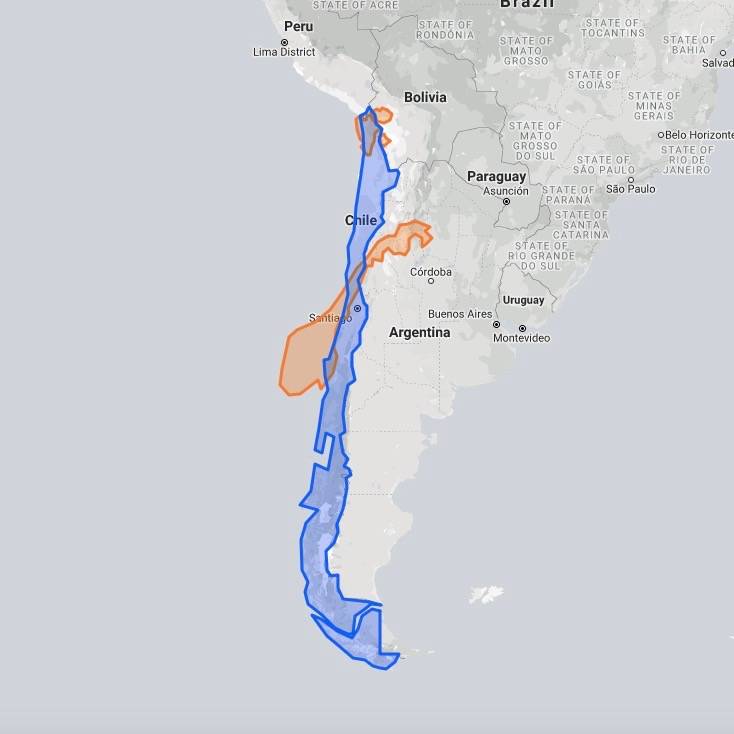 You might also think that Sweden is at least three times larger than Spain. In reality Spain is bigger than Sweden. Shocking, we know! 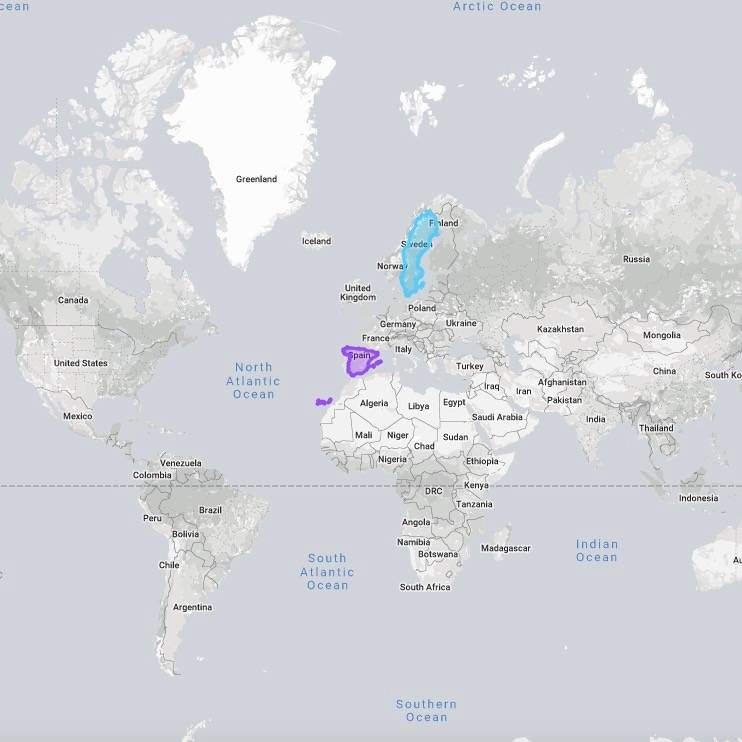 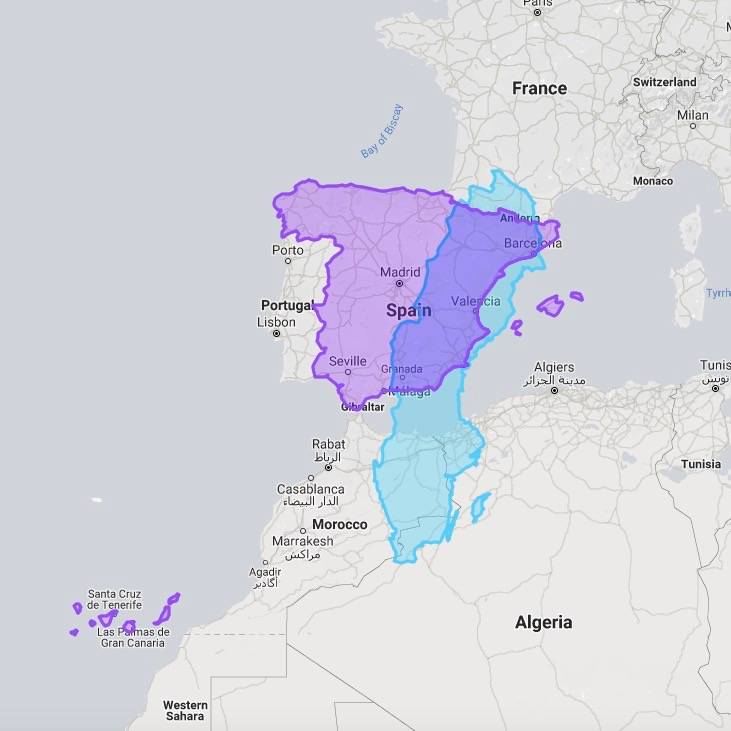 You’ve probably been under the impression that Finland is bigger than Germany, but in reality Germany is slightly larger than Finland. All of that because Finland is closer to the North Pole and as you learned earlier the Mercator Projection makes the countries closer to the poles look larger. 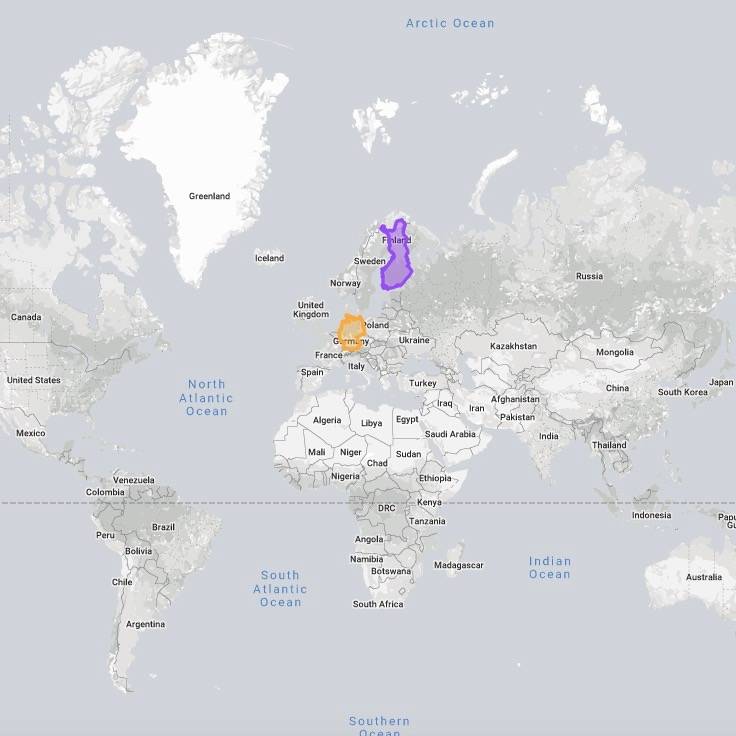 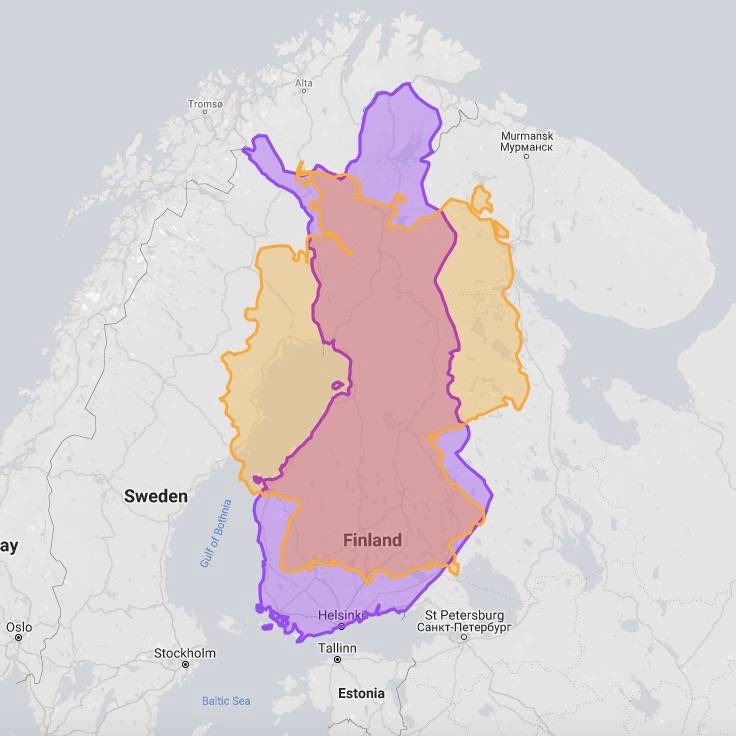 If you compare Iceland and Madagascar, then the two islands seem to be quite the same size. Actually, Iceland fits into Madagascar about five and a half times. What even? 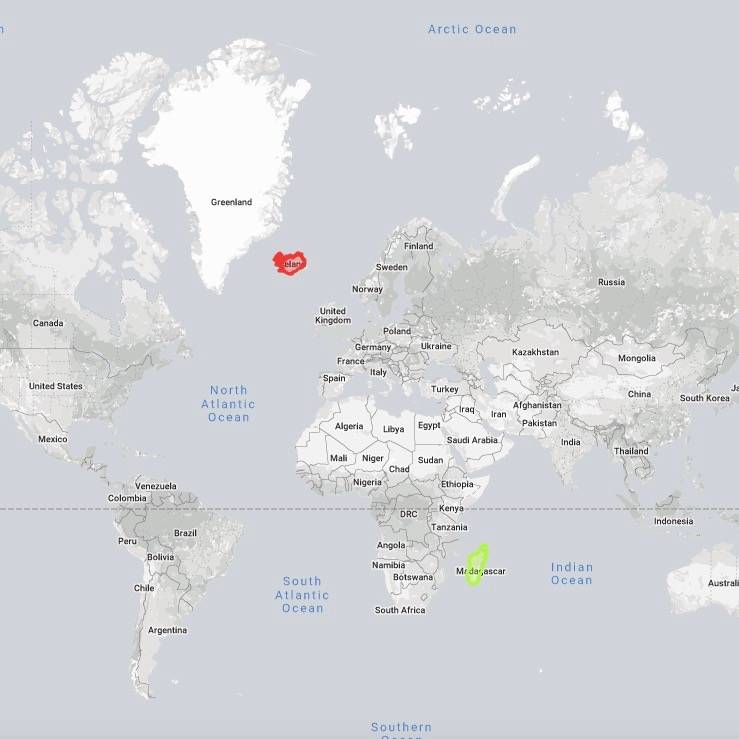 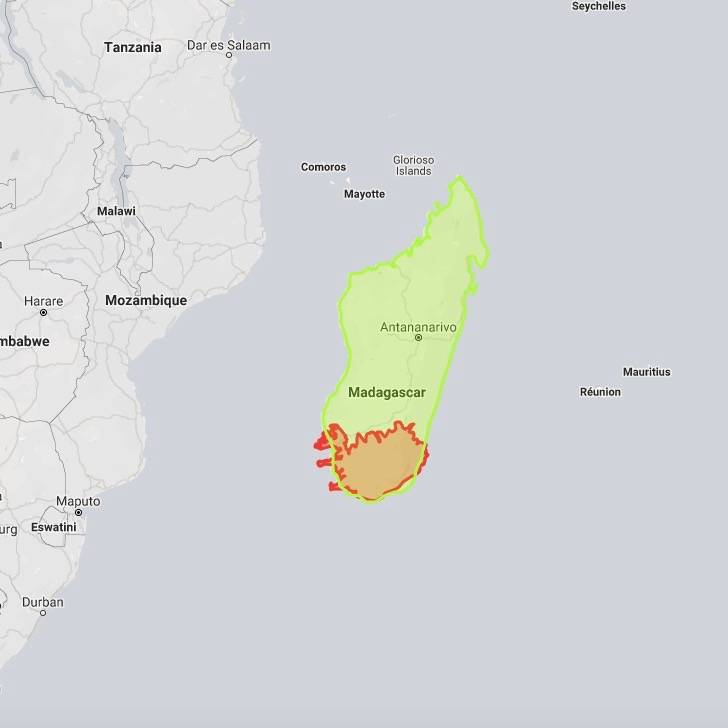 To "frustrate" you some more, let’s take the UK and Thailand. They look about the same size, the UK might even look slightly bigger. In reality Thailand is two times bigger than the UK… 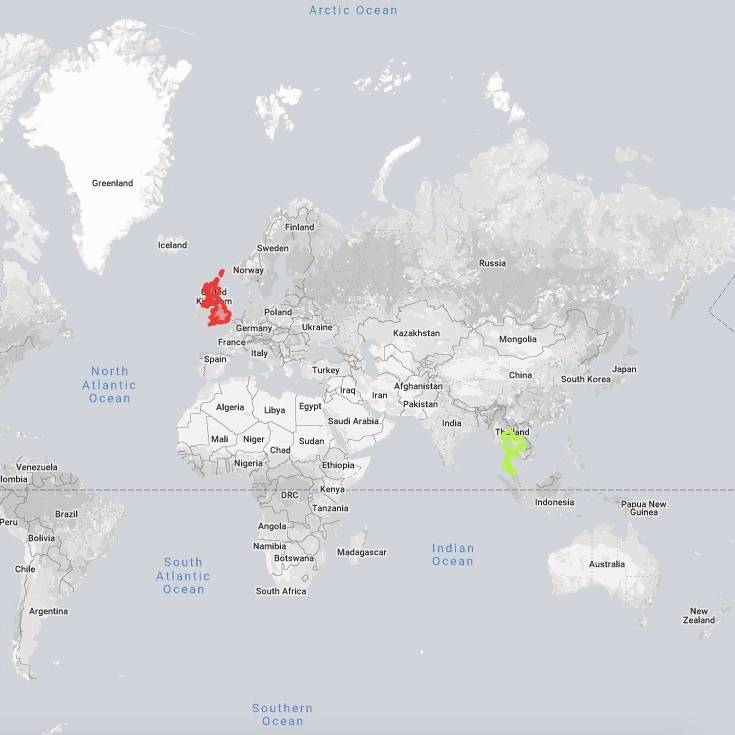 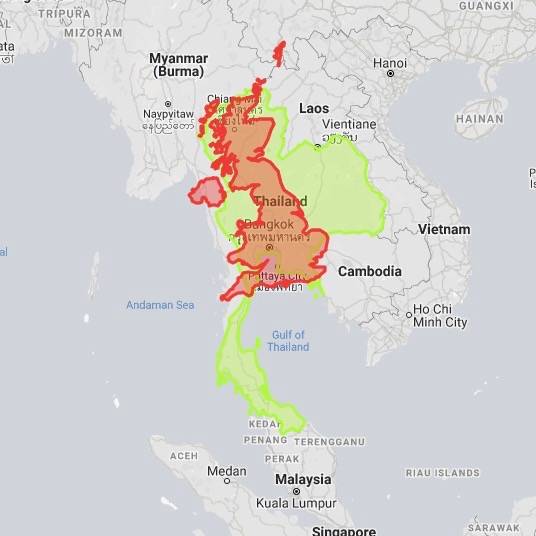 Well, we can’t blame you for not knowing these things, since most online street mapping services use a version of the Mercator projection for their map images (including Google Maps). But you made it here and at least now you know, it’s never too late to learn.

3. Are there any world maps where you can see the true sizes of countries?

Yes! This is where we, Bold Tuesday, come into play. We have designed a world map called List of Countries, where all the countries are side by side, from the biggest to the smallest. This way you can see the relative size of each country compared to another. No distortions on this one, only true sizes! 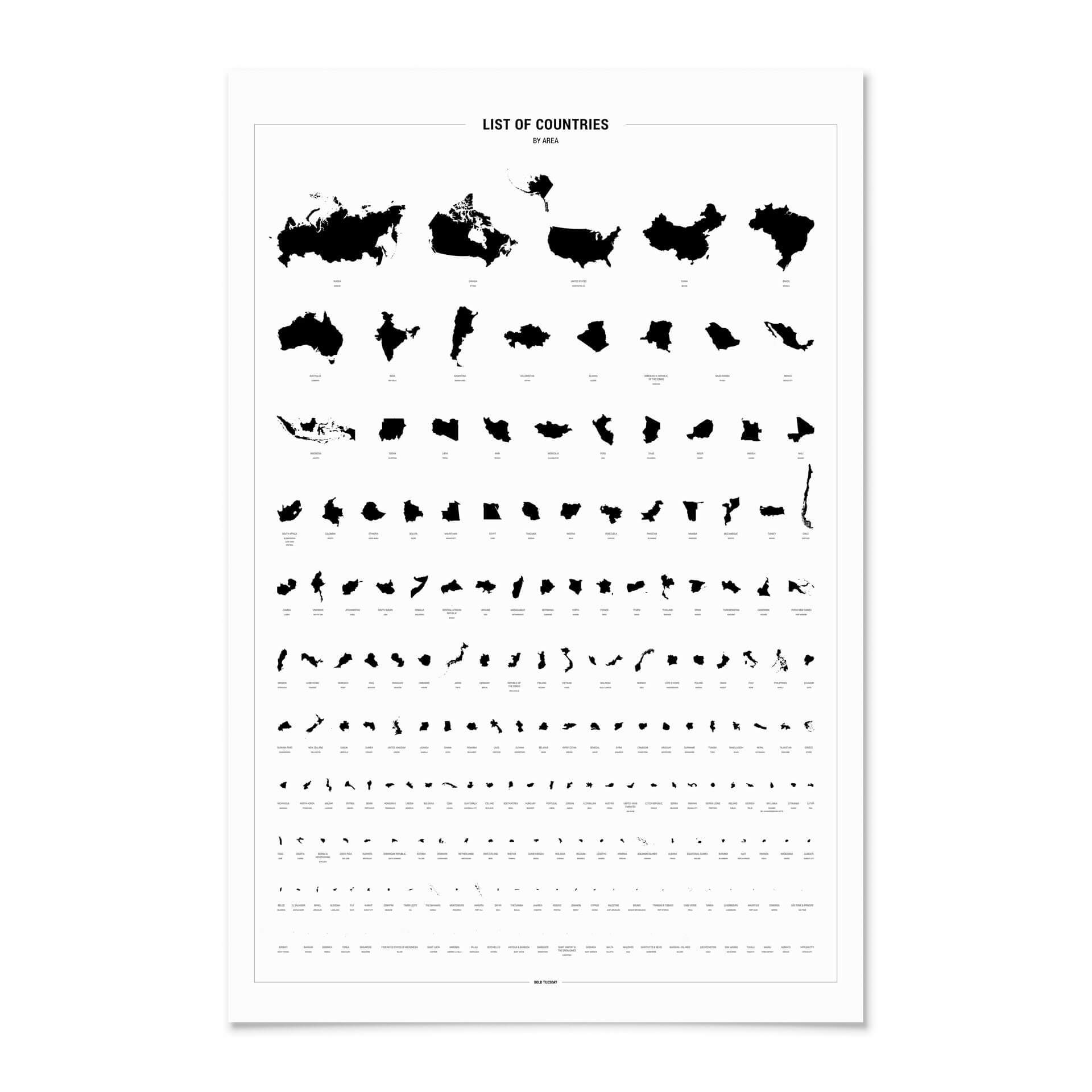 Okay all, Geography lesson is over for today. Thanks for joining and remember: "knowledge is power". Now go share the first meme with your friends, and if they don’t get it then send them this article!